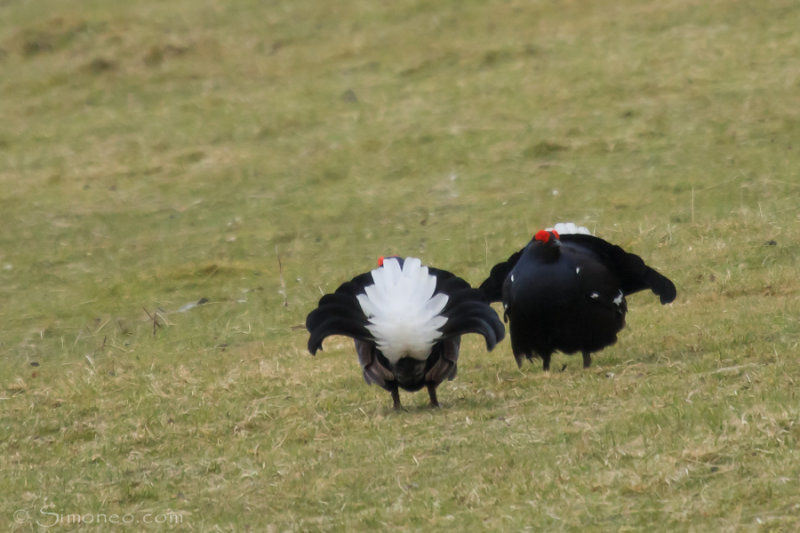 Black grouse
02/05/2017
I love grouse. The 'black grouse leak' has already been on my wishlist for some time now. And when we decided to go to Scotland this spring, I booked a spot in a shelter. Due to careful management in Scotland, the numbers of grouse are still rising, unlike in the rest of Europe.

Thursday April 27th, was the day. The alarm clock went off at 2.30 am and at 3 am I was heading towards the estate where the lek is located. A ride of almost an hour, followed by a bumpy ride of 25 minutes in the ranger's jeep. Through forest and river and uphill. Into the shelter, waiting for the light to come. The grouse were already present, judging by the distinctive bubbling and sound. By half past 5 the sun appeared, to disappear right away behind the clouds. Very irritating. But at last it turned light and the spectacle of fighting, dancing and seduction unvolded before my eyes, increasing when a few females appear to the scene. All good for a couple of hours of photo entertainment.

At 08.00 the activity ended and shortly thereafter the birds left the lek. At around half past 8, the ranger reported again and the ride was reversed. An experience never to forget! Tastes like more. Next wish: the capercaillie ... ..