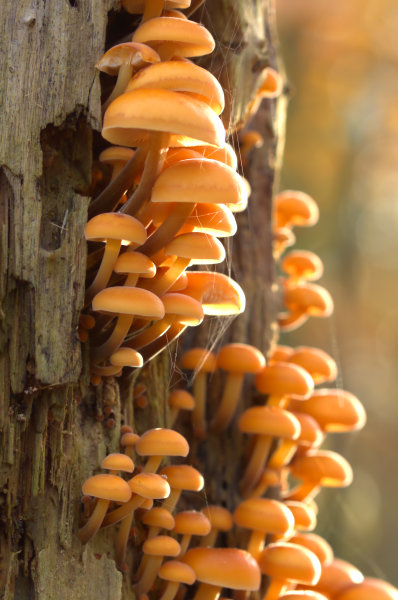 26/11/2016
The Autumn of 2016 had a late start in Waterland where I live. But mushrooms are still going strong in late November. This week I accidentally discovered a tree stup of about a meter and a half in heigt, covered in the bright orange mushrooms of the velvet foor (flammulina velutipes). It stands on an open place in a dense beechwood in the Purmerbos. Last Thursday, the 24th it was bathing in sunlight in the afternoon. This morning, one of the first frosty mornings this year, tiny cobwebs were visible, totally changing the image of this colourful species. 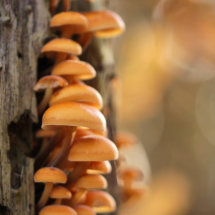 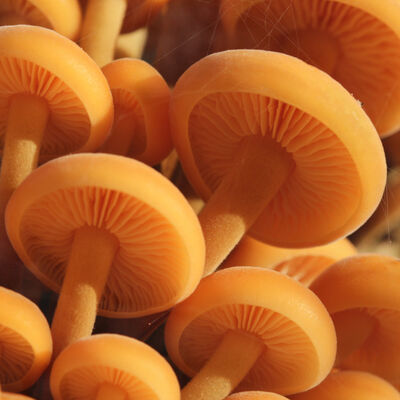 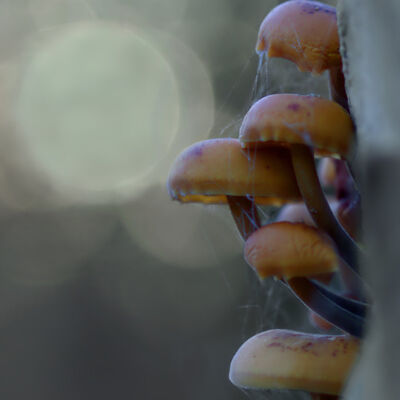